The Swimming Gala for Whitby District will take place on Monday 11th November at Whitby Swimming Pool. We have access … Continue reading →

Well summer camps over for another year and for the most part the kids enjoyed it. Hopefully they was all … Continue reading →

One more sleep before camp, make sure you have your suntan lotion as you are going to need it! Forecast … Continue reading →

Summer camp is nearly here, if you have not paid yet can you please do so to either myself or … Continue reading →

A parent rota is on the noticeboard as you enter the hall, would all parents please put your name down … Continue reading →

The pack meeting dates up till Christmas are below, Colony meeting dates will be similar but check with your leaders … Continue reading →

The snow may have put some of the Cubs off coming but those that made it had a fantastic time. … Continue reading →

Don’t forget the Christmas Panto will be on the 14th January. Meet at the Pavillion at 6:45.

The Eskmouth Christmas Fair will be on the 10th December from 6.00pm till 7.30pm, in the place of normal meetings. … Continue reading →

Sleights Cubs have kindly invited us to their Halloween party on Tuesday 30th October, from 6.00pm till 7.30pm. It’s guaranteed … Continue reading →

Cubs Scouts began in 1916 for the younger brothers of Scouts and was originally called Wolf Cubs. Cub Scouts was originally based upon the Jungle Book by Rudyard Kipling and many packs still use themes from the book today.

Cub Scouts are usually aged from 8 to 10½ though the age range of those in the pack may be from 7½ to 11 due to other considerations, such as limited availability in Beavers, moving up with friends or maturity.

The pack is organised into Sixes with a Sixer leading each Six, our current Sixes are:
Black Cobra
White Crocodile
Yellow Tiger
A Six will normally have 6 members but may have more or less to suit the size of the pack.

The pack meetings work from a programme built from the six core zones and will be adopted to meet the needs of the current members. Cubs are encouraged to think for themselves so should feel confident to express their opinions and provide suggestions for modifications to the programme. 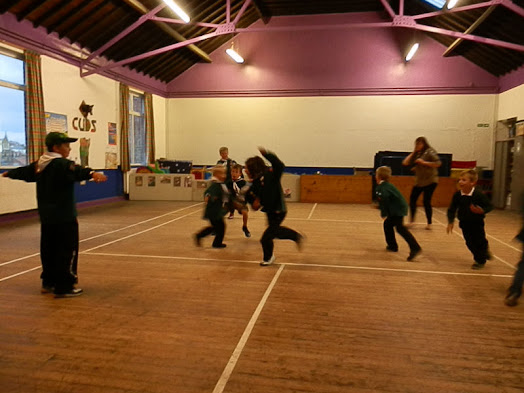 Cub Scouts wear a green jumper and the group scarf, together with a coloured woggle representing their Six.

Cubs may wear any t-shirt they wish and can remove their jumper during activities, however, the Cub jumper must be worn at the opening and closing ceremonies. I-Scout or Eskmouth T-shirts are available from Sharon if you wish to wear a Scouting T-shirt.

When attending external ceremonies or parades Cubs are also expected to wear black or navy blue trousers and black shoes.

For details of where the badges go please see here. 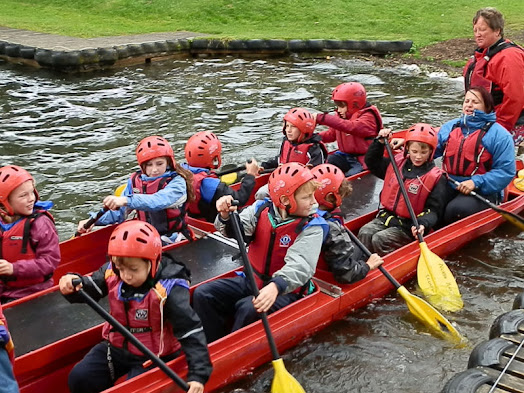 At the end of the pack meetings the pack stands to attention in a semi-circle in front of the flag.
When prompted the duty Sixer or nominated Cub steps forwards and lowers the flag, once lowered they take a step back and rejoin the semi-circle.
The leader will give out any notices and dismiss the Cubs.

I promise that I will do my best
To do my duty to God and to the Queen
To help other people
And to keep the Cub Scout Law.

Cub Scouts always do their best
Think of others before themselves
And do a good turn every day. 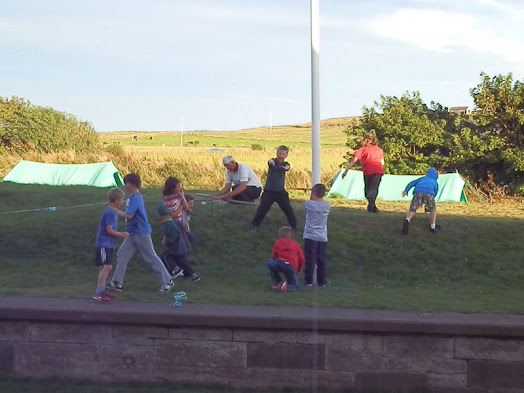 Your use of this website will be deemed acceptance of Eskmouth (Whitby) Scout Groups Terms and Conditions.
© Eskmouth Scout Group, all rights reserved | Charity number: XXXXXX
Hosting provided by: http://www.freehost.me.uk